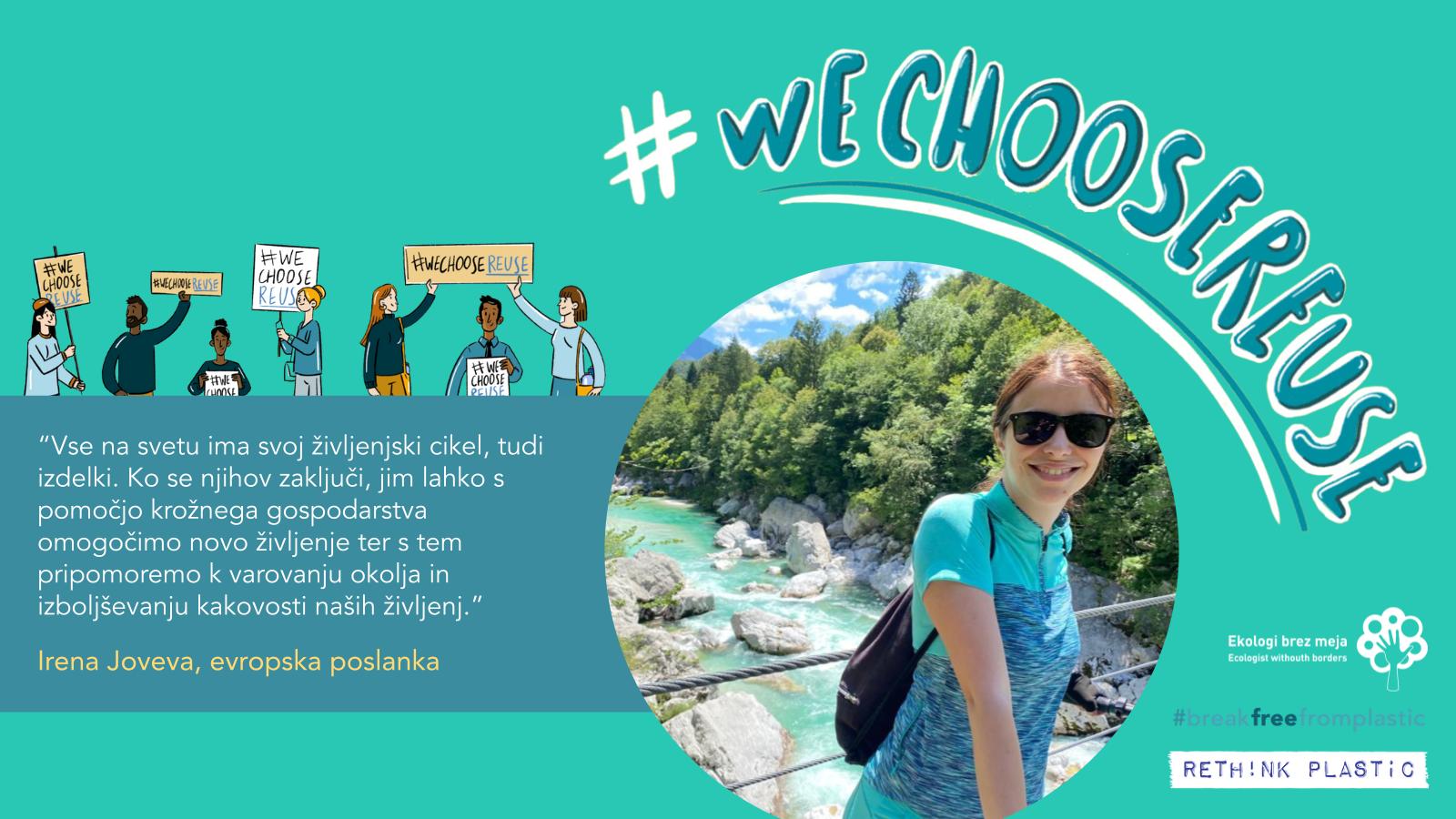 With the right support and conditions, reuse can thrive in Europe, and lead to a much needed effective reduction in plastic use and pollution while supporting a healthy environment and society.

Reuse is a system in which products and packaging accomplish multiple trips or rotations within their life span, by being returned to a producer and re-used for the same purpose in which they were originally conceived, as opposed to single-use products and packaging designed to be disposed of after one use. Successful reuse systems require infrastructures like refill stations, collection points, storage, cleaning facilities and transport to ensure the packaging or product can go back to the producer for reuse or refill. Systems like this have existed before, and they can exist again. Remember the milk man?

That’s why the Rethink Plastic alliance and #breakfreefromplastic movement are calling on EU decision makers to tackle the significant human health and environmental impacts caused by single-use plastics production and waste by supporting reuse and signing the We Choose Reuse commitment!

We need everyone on board for the reuse revolution ! The support of EU decision-makers is particularly critical and timely. The EU is currently designing policies that have the potential to  make reuse the new normal in the EU, notably the Ecodesign for Sustainable Products Regulation, the Packaging and Packaging Waste Directive and the EU Taxonomy on sustainable finance. 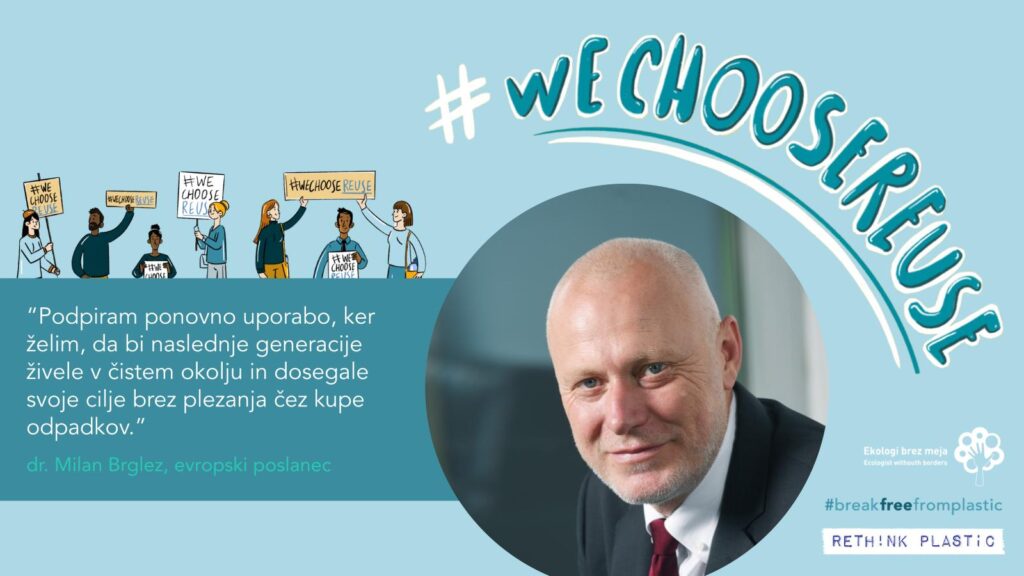 “Gaining support for #WeChooseReuse from almost half of the Slovenian representation in the European Parliament, who represent from different political backgrounds, is a great forecast for reuse in the EU.” shares Public Relations President at Ekologi brez meja Katja Sreš. “We have used the prepared materials by the #WeChooseReuse campaign team and distributed them among all our MEPs with a given deadline for response."

"The teams of Irena Joveva, Milan Brglez and Franc Bogovič responded within minutes and once again lent their voice to one of our causes. I am positive if we would be even more persistent and would send out reminders to the others, we would also get on board with the other five members. Nevertheless, this will be our mission in the next decision-makers call to action.” 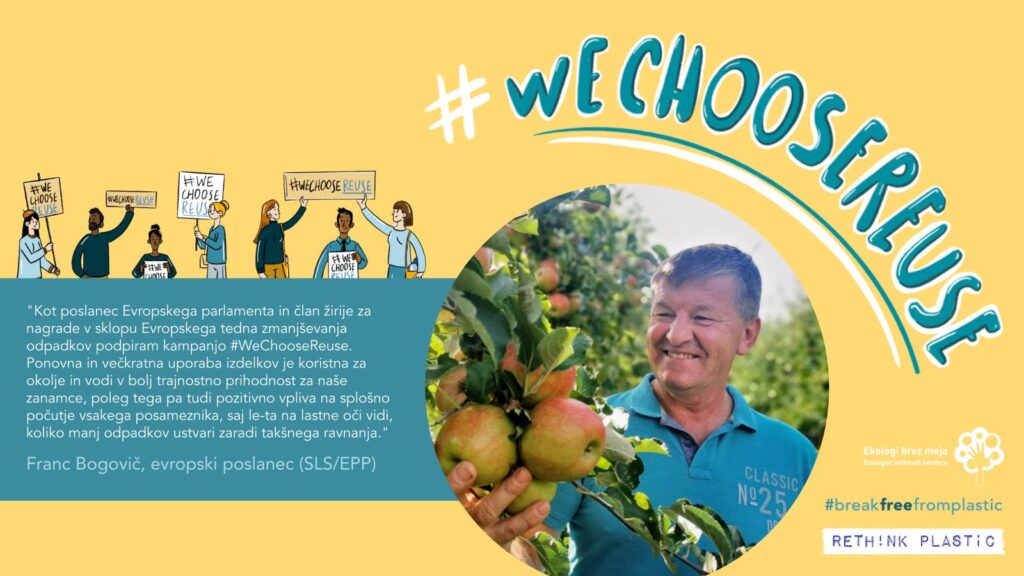 There is an appetite for reuse within and beyond the European Union. By actively engaging with MEPs and using the #WeChooseReuse campaign to illustrate the benefits of reusable systems, EBM have set an inspiring example of what can be achieved through effective engagement.

Want to do the same? We provide plenty of useful resources for reuse policies, from a guide to setting effective reuse targets to recommendations on how the EU can support the grocery retail sector in reducing packaging and plastic pollution. Feel free to use our above assets, and share using #WeChooseReuse for dissemination and amplification. You can also contact news@rethinkplasticalliance.eu or via @RethinkPlastic on Twitter and LinkedIn and we’ll help you take the first step!

Commit to reuse as an individual or as an NGO.
SIGN THE COMMITMENT
Copyright © Break Free From Plastic 2022