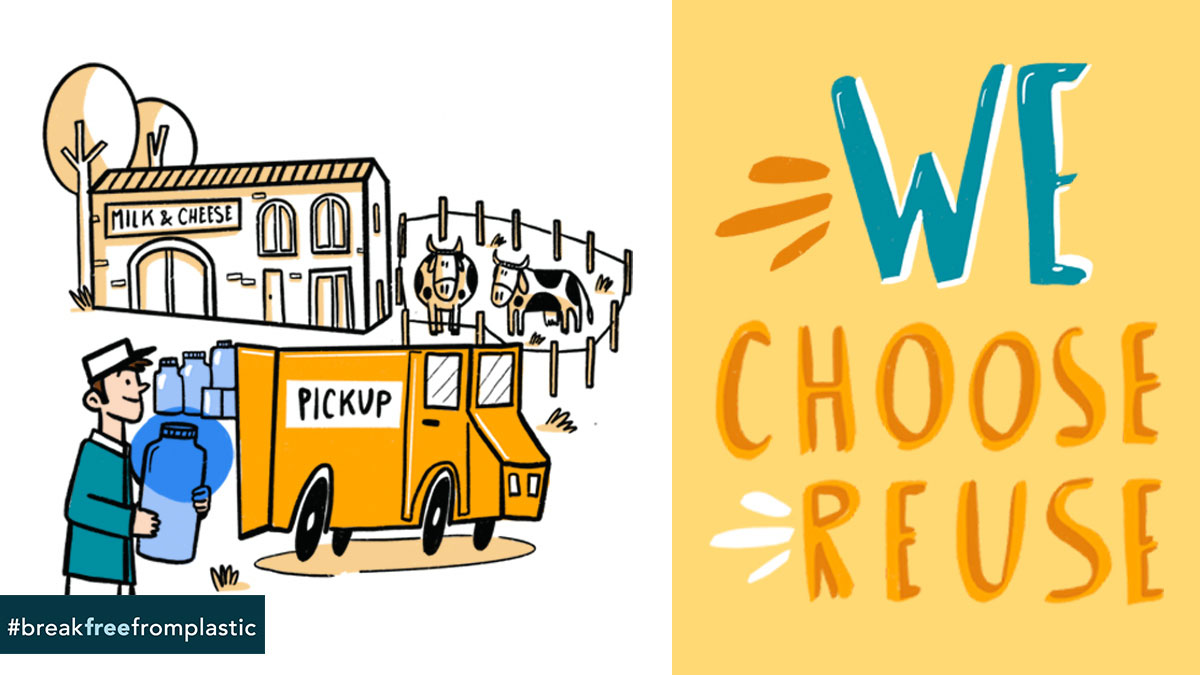 For World Consumer’s Day, an alliance of environmental organisations has released an open letter demanding that ambitious policy be put in place to enable the implementation of robust reuse systems. Businesses championing reuse are being invited to sign, from all over Europe. From refill services to using deposit return systems, these companies are paving the way towards a circular economy.

For Nathan Dufour, Consumption and Production Coordinator at Zero Waste Europe, “reuse systems are the only solution forward to effectively move away from single-use plastics. We are at a critical time for businesses, with clients demanding greater corporate social responsibility and alternatives to single-use.”

By implementing reuse systems and limiting single-use products, businesses can play their part in curtailing climate change. “Businesses that are already on the path towards reuse and innovating their business models have a critical role to play,” says Inge Luyten, Project Manager for Reuse Transition at Recycling Netwerk Benelux. “They are the pioneers of best practices, from which other corporations can learn. They have the power to significantly reduce plastic pollution as well as their carbon footprint.”

With the externalized costs of plastic pollution becoming less and less tolerated by the public, businesses need to offer consumers an alternative packaging choice. “Only having single-use plastic as a packaging option is no option at all,” says Break Free From Plastic Coordinator for Europe, Delphine Lévi Alvarès. “Fast Moving Consumer Goods companies and retailers will see more and more regulations being put in place at the EU and national level to counter plastic pollution and reign in on single-use consumption. It would be in these companies’ benefit to get a head start, and begin innovating now.”

The open letter will be officially delivered to decision makers on June 16th 2021 for Refill Day.

Note to Editor:​ ​#WeChooseReuse​ is a European led​ ​#BreakFreeFromPlastic​ campaign, born out of the movement’s wish to push for ambitious and robust reuse solutions to the plastic pollution crisis. The #WeChooseReuse Campaign invites individuals and NGOs to sign the ​commitment to reuse​. Alongside the b​usiness letter​, there is also a ​municipalities letter​ and ​policy demands​.

#BreakFreeFromPlastic​ is a global movement envisioning a future free from plastic pollution. Since its launch in September 2016, nearly 2,950 organizations from across the world have joined the movement to demand massive reductions in single-use plastics and to push for lasting solutions to the plastic pollution crisis. In Europe alone, over 100 core organizations are active in more than 30 countries.